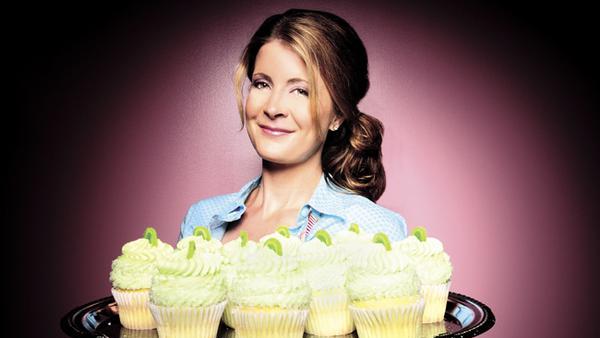 I’m passionate about baking and that allowed me to found Gigi’s Cupcakes. My entire family loved to cook and bake, so I grew up around it. My Aunt Bennie owned a bakery and catering business and I would spend summers with her. I’d help her bake, cater events, and read her cake decorating books. I loved to bake and had a passion for it at an early age, but my dream was to be a country singer. In 1994, I packed up and moved to Nashville with less than $500 in my pocket. I decided to pursue a country music career instead of going to college. During the day, I operated my small cleaning business and at night, I would sing at the bars and honky tonks near music row. In my early thirties, I realized that my music career was unlikely to take off so I decided to focus entirely on my cleaning business. A few years went by and then my brother called me while I was cleaning a home and told me that he had waited in line at a cupcake bakery in New York for hours. He said, “Your cupcakes are better than these. You should open up a bakery.” I looked at myself in the bathroom mirror and decided to go for it. I opened my first cupcake shop in February 2008 with only $33 left in my bank account. Now, seven years later and against the odds, Gigi’s Cupcakes has grown to be the largest cupcake franchise company in the nation. We just opened our first international location in early 2015 in South Korea and hope to continue to expand in other countries.

I think back fondly on those summer afternoons with Aunt Bennie, who is now part of the Gigi’s team, working on product development in the kitchen with me. We have over 300 recipes at Gigi’s Cupcakes and many of them have a rich personal family history originating from my grandmother, great aunts, my mother and other relatives, many of whom are bakers.

I’m passionate about my company and how we do business, so when the opportunity to be on Undercover Boss came along, it was an easy YES! It was a once in a lifetime opportunity that I just couldn’t turn it down. We were one of the few small companies that they have ever highlighted. I had to do it and I’m so glad I did.

People often ask me what I was most surprised by during my experience. Two things that surprised me most were: 1) I was surprised by how many passionate and wonderful people work for us. It’s not just a job to them, they truly care about the business and the brand. 2) I was also surprised that we were consistently inconsistent. We didn’t have the exact same procedures from one store to the next. I knew we needed to address that immediately. The experience greatly benefited us! We learned a lot during my journey and we haven’t been the same since. Filming Undercover Boss was a gift that I will always be grateful for.